Terry Dawson (Dundee University) and Robert Irving (Sea-Scope) intended to spend two weeks at Pitcairn for this visit but the mechanical breakdown of the supply ship during its journey from New Zealand meant that their visiting time was shortened to just one week. However, they did still manage a couple of days at the neighbouring and uninhabited island of Henderson. They were accompanied by five RSPB scientists who were to remain on Henderson for three months, assessing the feasibility of attempting another rat eradication on the island.

The highlight of their two days was a number of close encounters with humpback whales. They managed to record some of their songs under 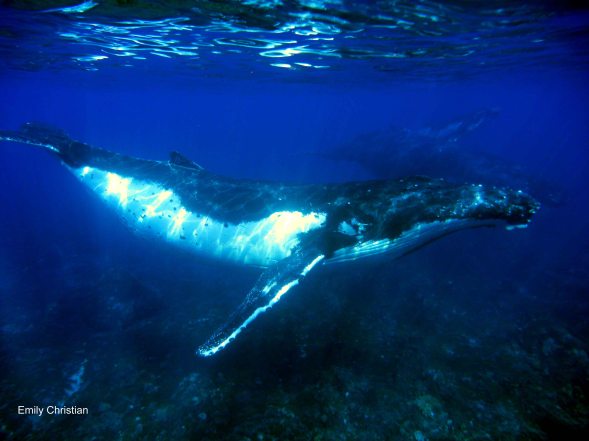 water, using special equipment kindly lent to them by colleagues at St Andrews University. Small numbers of these gentle giants visit both Pitcairn and Henderson during the austral winters (June-October), using the islands’ shallow warm waters as calving grounds before returning to their feeding grounds in the Antarctic some 4,000 miles away. 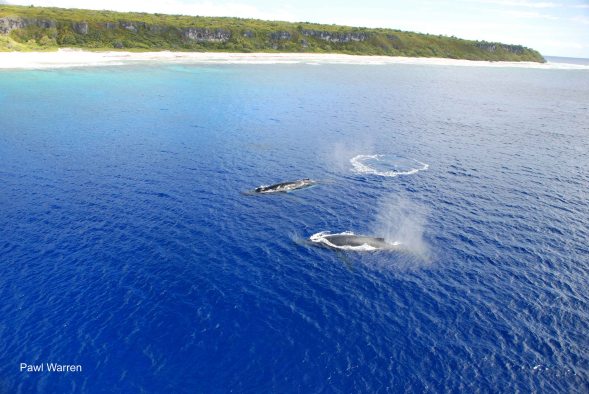 Very little is known about the Pitcairn Islands’ whales. Do the same individuals return each year? Do they travel further north to other areas before heading south? And are there links between these whales and those that appear around some of the Austral Islands in neighbouring French Polynesia at the same time of year? Already we’ve embarked on a photo ID scheme in order to identify individual whales and the song recordings may help with this too.